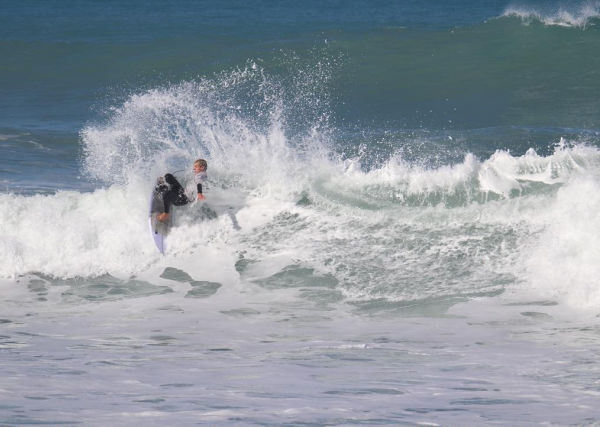 Last month, the Sumner Ferrymead Foundation made awards to a couple of very special young people: Ava Henderson and Jack Tyro were each granted $500 to help with the cost of competing in the International Surf Association World Juniors Championships in El Salvador. Ava will compete in the under 18 events, and Jack in the under 16.

Being selected for this event is a great opportunity for both these surfers. They will leave New Zealand in late May and return in June. The El Salvador World Championships will be fiercely competitive – but for Jack and Ava, it will be exciting to test themselves against the best in the world.

The total cost to compete in these events is $6,500 and the Sumner Ferrymead Foundation was delighted to be able to give both grants to help with this. They have both been fund raising with things like running raffles, a givealittle page, and have received help from their respective families. Jack has been auctioning some of his artwork and Ava has garnered the support of the Canterbury/West Coast surfing community.

Ava started competing in surf competitions at age 8. According to the South Island Surfing Association she has smashed through the ranks of New Zealand surfing, winning her first Open Women’s event at just 14 years of age. Early on, there were no other girls competing, so she ended up competing against the boys.

Although Ava is from Sumner, she is currently at school in Raglan. Raglan is a surf Mecca for Kiwis, and she lives with a family there while doing her Year 12 studies at the local school.

Jack lives in Sumner and won three national titles at age 15 years. After winning his three titles he was quoted as saying he never thought he would win one title - and had no words for winning three! He is held in great esteem for his dedication and discipline – attributes that would be much needed when faced with a surf session on a cold, grey morning.

Jack trains nearly every day for about two hours and is usually videoed by his father. Afterwards, the two analyse the video as they check up on what went well and where there is room for improvement.

Ava and Jack are both clearly very proud to represent New Zealand. Although this is the first time they have surfed for their country, it will almost certainly not be the last. We wish them the very best of luck and look forward to hearing about their experiences when they return.